I’m seeing a man who is stuck in a relationship that is so entwined with his friends and living situation that we just pretend that part of his life doesn’t exist. I know this isn’t healthy, I don’t want anyone to get hurt, but I blindly let it go on because I have an unforced intimate connection with this person which is a feeling I haven’t had in…years? How toxic is this? I know the right answer and what I should do, so why am I okay with being so selfish in this scenario?

I was offered a promotion in a city hundreds of miles away. Even if/when I end this, how do I navigate new relationships and interests? I want to experience connection, but it feels selfish to do that here even when I’m upfront about my life situation. Am I the one that’s going to end up being hurt?

I’m beginning to question whether or not I should take this promotion because of this connection. I wouldn’t normally give something like this as much thought. In the past, I have had a lot of difficulty saying “fuck you” to situations that are draining me of my mental health. This used to be really easy, but it’s suddenly becoming really difficult. How do I untangle this?

You’ve woven a pretty tangled web here, kid. On the one hand, you have this opportunity for something very new and exciting, and yet you’re chained to someone who feels immobile due to his current relationship and living status. This is an extreme juxtaposition if ever I’ve seen one, so it’s understandable that you’d be having all sorts of thoughts and feelings that contradict one another. 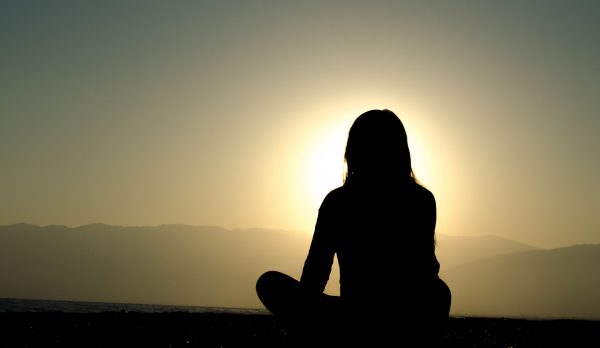 Let’s address the heffalump in the room: you’ve been triangulated into an affair. Infidelity is a contentious and fraught subject, and there are all sorts of quips that people will spit about the subject like “once a cheater, always a cheater” and “if they’ll cheat with you, they’ll cheat on you.” While those sentiments are true for some people, this isn’t always the case. I specialize in treating affairs for good reason—they happen all the flippin’ time. It’s a shitty situation that many people find themselves in, and, unless a narcissist is involved, they are generally born out of pain. My job as a therapist is not to condemn anyone, but instead to move people out of the rut they are in. I do my best to remain open, curious, and empathetic in these situations. TL;DR — I’m not gonna throw any shade your way.

So, let’s put a narrative to this, shall we? When you say, “It used to be really easy, but suddenly it’s becoming really difficult,” I imagine that this started as a fling. You’re supposed to be leaving, he’s got his relationship he’s “stuck” in, and what started as an innocent flirtation became a snowball. Since you’re not here in front of me, I can only use pure conjecture to fill in the blanks. I’ve seen this story before. The names, faces, and places change, but the progression often doesn’t.

At some point, one or both of you caught feels. In some affairs, this happens way before things get physical (emotional affairs are very real). In others, what started as an occasional transgression builds up enough hormones and attachment to get mistaken for love, or maybe just strong like.

And now we’re here, and it’s starting to get painful. Rarely do I see an affair that doesn’t come prepackaged with some guilt. It may set in latently, as only sociopaths are truly able to navigate this world without feeling badly when they may cause harm to another. In this situation there is a lot of harm to be caused, so guilt is likely beginning to germinate, and perhaps flower. 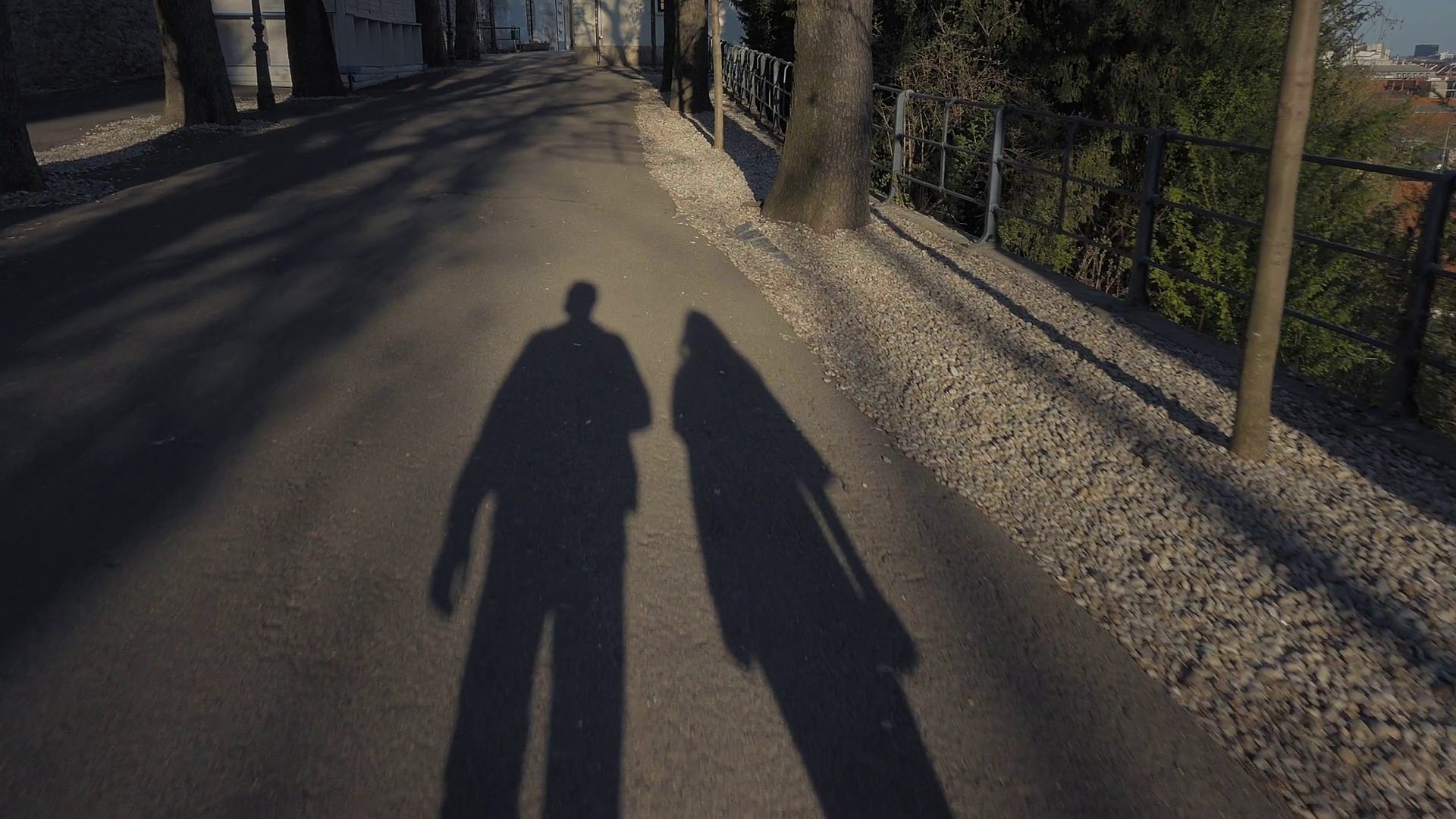 There are some troubling facts here: he is entangled with another person and you’re thinking of passing up a promotion in order to keep this thing going. He has compartmentalized his two relationships to an extreme degree. He’s able to look at you and say, “See, this living situation and my social life? Let’s pretend it doesn’t exist.” And you’ve let him. You said, “Sure, it doesn’t exist. Let’s just have fun.” This was possible for a while, because you were leaving and The Feels hadn’t set in yet. But now, that narrative of, “This is just for a short while,” has turned into an emotional bond. So, the question you have to ask yourself is, “How long can I keep pretending?”

Stress makes people think in absolute terms, so maybe he really does feel trapped in this cage of a relationship. People definitely stay in relationships that they are unhappy in because they’re used to it and are afraid of the social ramifications, but that’s not a good reason to stay. If he’s that entwined with his family and friends, yet still able to compartmentalize his relationship with you, this signals some potential boundary issues. Where does he begin and others end? Does he know? Do you?

Real talk: if you pass up a promotion to keep this thing going, you are effectively chaining yourself to inertia. Unless he gets caught (which, as time goes on becomes more likely), there’s no reason for him to change. He’s found a way to have it all, at least for now.

Maybe you and he are meant to be in the grand scheme of things. I’m not a fortune teller, so I can’t really say. However, prolonging this status quo won’t move you any closer to finding that out. Remember, when you change how you interact with the world, the world must change how it responds to you. If you really have an emotional bond, that will stay even after you take a promotion and move elsewhere. It’s a shot in the dark, but that could make him wake up and say, “Oh, shit, SHE’S the one I want to be with.” Or he may not. This prospect brings up some really shitty possibilities—maybe the connection wasn’t as real as you had felt; maybe it was a screen for the grief of another failing relationship; maybe it won’t work if it’s not a secret.

Again, I don’t know. But I do know with some certainty that this situation is not worth pushing the pause button on your career.

You’ve raised another pressing question, though. How do you experience connection here or in this new place? While you’re here, I don’t see anything wrong with casually dating people or looking for a little company in this world. But there’s a bit to unpack:

You used the word “selfish” a couple of times in your letter, which makes me suspect that you’re used to giving a lot of yourself away to others. Maintaining healthy boundaries and focusing on yourself started being framed as “selfish” in your mind. I’m here to challenge you to change that sentiment. What if, instead of giving your energy away, you could see taking your career seriously as an act of self-preservation? What if you could turn that energy you give to others inward and love yourself a bit more?

There’s nothing wrong with wanting a little companionship and real connection in this world. Those are beautiful things. However, no partner can complete every need. Much of meaning and fulfillment to be gained in life must be self-generated. Putting that on someone else is just not fair.

So, how do you find a connection again when you move? You connect with yourself. You find things that you like to do that make you happy and notice other people that show up to do those things. You make friends first, you flirt with the people you find attractive, and you try not to pressure yourself too hard to find The One. Again, if this connection is a real one, it won’t diminish. But you’re not strengthening it by remaining immobile.

Check out the entire Smash Talks playlist on Spotify!

Caught in the Middle