I think things have officially gotten weird for me. I have had a steady boyfriend for over two years now. About six months ago, I started talking to a coworker a lot more. We have been texting mostly, and sometimes calling. I’m really confused, because I think I might have feelings for him, but I still really love my boyfriend. We haven’t talked about anything inappropriate at all, but there’s still something that feels a little off about this whole thing. I feel like it’s gotten to the point that if my boyfriend knew how much I was texting this other person he would be angry, even though we haven’t done anything wrong. I also don’t know how to end all of the texting. How do I get out of this? 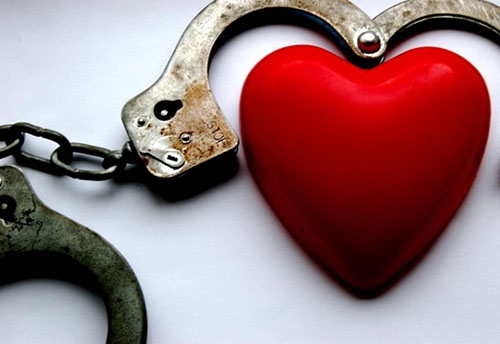 While you may not be sleeping with your coworker, it sounds like you’re pretty solidly in the midst of an emotional affair. Your coworker is taking up an increasing amount of your energy and you’ve admitted to hiding how much you contact him, so he’s basically become your emotional side-piece. While you may not be sending n00ds and sexting, you know in your gut that boundaries are being crossed.

Many emotional affairs begin as friendships that slowly deepen over time. Eventually, a person caught in the midst of one begins to replace their partner with the third—they call the other person when they have news, and compare their spouse to them. This kind of behavior can wreak havoc on a couple, even prior to a partner discovering the affair. People can often sense when something’s awry in their relationship, so you may be fighting a lot about seemingly nothing. I suspect that drives you to run to your coworker to talk about it. Feeling validated by him and not your boyfriend drives a greater withdrawal on your part, and more conflict in your primary relationship.

I think deep down you know what you have to do and you’re not gonna like it. It’s either bite the bullet and choose one, or change the lines of communication drastically. It may be a good idea to get away from both people for a couple days to figure it out for yourself. A step back can give you some breathing room away from the pressure cooker this situation has created. Seeing as you haven’t crossed the line physically with your coworker, you may be able to slow down this snowball by weaning yourself off the texts. Even setting boundaries for yourself like “I will not text my coworker about my relationship or my feelings,” can help you navigate out of these tricky waters.

What these feelings signal is a deep need to probe what’s going on between you and your boyfriend. It can be really easy to create an emotional surrogate with another person, who may not realize what this has become. Maybe this other person is into you, maybe they’re not. I can’t say. It seems like an awful lot of energy is being poured into something that is making you unhappy. It sounds like it’s time for you to take a long look at your boundaries and figure out where they’re going awry. It’s important to know exactly where you begin and other people end.

Check out the whole Smash Talks Playlist on Spotify!