I need to break up with my boyfriend. The problem is, every time I try to break up with someone, they end up talking me into staying with them. I end up feeling so bad for hurting them that I just suck it up until I finally am able to do it for good. This has happened in just about every relationship that I’ve been in. I don’t want to drag this out, I just want to be done with it. How do I really break up for good?

Now that the spring is upon us, it seems like a lot of people want to shed the various weights of winter, whether they’re physical, emotional, or spiritual. Your “spring cleaning,” so to speak, is ending this relationship for good, as it sounds like it’s been cluttering up your life. 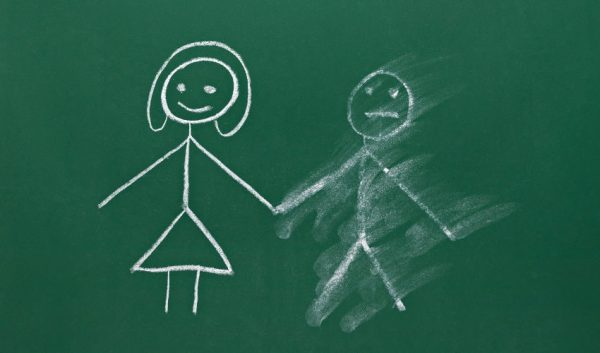 The crux of the issue seems to be you feeling bad about making them feel bad. It seems you end up sacrificing your happiness to become theirs. I’m curious as to why your feelings don’t matter to you as much as theirs do. How you feel has inherent value, and you don’t need to exist in their life to bring them happiness. In the end, we all must learn to generate our own joy and not make that someone else’s responsibility. The people in our lives contribute to our overall emotional well-being to be sure, but at the end of the day, we’re all responsible for our own feelings and what we do with them.

If you’re struggling to justify making them sad by prioritizing your happiness, that’s okay. It’s a pattern to be mindful of, though, as it will continue to bring you misery and others a facsimile of joy. Try to notice when you’re becoming a human doormat and make small changes to cut that ish. Remember, by dragging this breakup thing out eternally, you’re inadvertently making them even more sad by going through this emotional rollercoaster time and time again. In a way, it’s kinder to rip the band-aid off all at once instead of slowly ripping, re-applying, and slowly ripping again.

So, you need to cut the cord. But how? 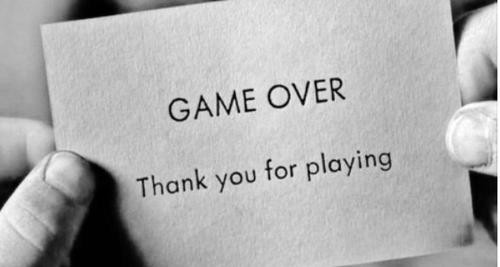 There are lots of ways to break up, but not all are effective. Some people like to be massive jerks until the other person gets fed up and does the dirty work for them. Honestly, that seems like more trouble than it’s worth, not to mention that it’s manipulative and mean. Other people ghost, which is often a pretty dick move as well.

Ideally, it’s nice to do this kind of thing face to face. It’s the most honest and upfront way to go about this nasty business. However, in cases of abuse it’s not always safe. No matter what the situation, it’s often a good idea to let a friend or two know what’s up, so they can at least check in on you afterwards. That, or they can come scoop you up if you run into a jam.

This is not going to be a popular opinion, but “Dear John” letters exist for a reason. It feels a bit disrespectful to not do a breakup face to face, but sometimes letters, texts, and phone calls can be really handy. This is especially true for the empaths out there who have trouble separating someone else’s feelings from their own. If the dumpee has a tendency to be emotionally manipulative, this may also be a better choice. No matter how you do it, it’s going to hurt, so you’re just gonna have to buckle up and prepare for that.

No matter how you choose to break up, being firm about it is key. Leaving room for interpretation like, “maybe in the future…” is just going to keep the door open, and they’ll try to walk through it. Unless they’re not feeling the relationship, they’ll likely battle you on the entire thing. Stand your ground. You have made your decision and this is not up for discussion. Don’t worry about “being a bitch.” You’re breaking up, and that decision is final.

On that note, seeking a friendship right away is probably a terrible idea. Some people can transition easily into a friendship, whereas most humans are going to at least need a little time to heal before they can move on. Adopting a no-contact policy is not a bad thing. It doesn’t diminish what you had, and the distance allows both parties space to grieve. It doesn’t mean that you can never ever be friends again. In that same vein, seeking catharsis through a meetup in the near future is probably counterproductive. I’ve said it before, and I’ll say it again, but seriously, fuck closure.

I have all the faith in the world that you’ve got this!