Food lies at the heart of our bodies and our culture; it is there for celebrations and sustenance. NOMaste features a local fierce foodie each month, in four weekly segments. First, an interview, then a top 10 list, followed by a recipe to share, and finally a food review. This food corner will not just feature local chefs but also restaurateurs, buyers, suppliers — any woman involved in any aspect of the food chain, from farm to food truck. Join us each week as we get to know another Foodie in the city. Part I of this month’s series can be found here.

Because Maxine has clearly studied cooking inside and out, I thought a great top 10 list would be her top 10 cookbooks. She’s thrown in some websites and a novel too, but we at Qween City are non-traditionalists — we don’t judge — so they’re in the mix below! She has provided, hands down, the most thorough Top 10 segment so far, so I hope you enjoy her thorough commentary below, as much as I do! 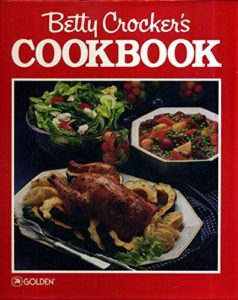 To a home cook starting out, I would recommend The Betty Crocker Cookbook. It gives you all the basics and tells you how to cook everything. Since my mother is Japanese and a vegetarian, I didn’t grow up eating meat or “traditional American food,” so I still use it all the time as a reference tool. 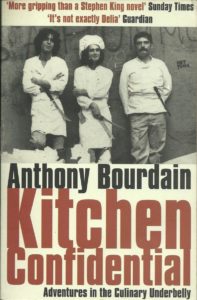 My favorite book to recommend to aspiring chefs is Anthony Bourdain’s Kitchen Confidential. I read it while I was in culinary school, and I could not put it down. It’s really hard to get an accurate feel for #cheflife when you are in school, and a lot of things in the book made more sense when I actually started working in a restaurant. Basically, if you read that, and you still think you might want to work in a restaurant, go for it.

My all-time favorite cookbook is Dave Chang’s Momofuku. The recipes are awesome, but for me, the best part is the story in the intro. Just like Kitchen Confidential, it really spoke to me because I read it when I was at a crossroads in my culinary career. Dave Chang talks about his story, growing up Korean American, studying under masters in Japan, and the struggle of starting Momofuku. I connected with his story and his passion. It’s a book I keep going back to, because I would often flip through it for inspiration for specials. 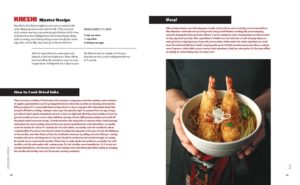 The last cookbook I bought was Japanese Soul Cooking. Since my son was born, I have been trying to expose him to as much Japanese culture as I can. A lot of the recipes aren’t that healthy, but I would highly recommend this book to any Japanophiles that want to eat like real Japanese people.

The Flavor Bible is more of a reference tool than a cookbook. I use it all the time when I am looking for inspiration for specials or new dishes when we update menus. It has different categories like seasons, ingredients, styles of cuisine, then lists recommended cooking methods, flavor profiles, and complementary ingredients. Use this book if you are tired of mint jelly on lamb or if you don’t know how to prepare kohlrabi.

This is actually a website, not a book. (However, a quick Google search tells me that the founder of the site did recently write The Food Lab: Better Home Cooking Through Science. This is going on my Amazon wishlist!). I use this site all the time when I am curious about the best methods or recipes for dishes. I’m always trying to find new ways to use my slow cooker, so my search history is filled with things like slow cooker meatballs/flank steak/sausage & peppers/marinara. 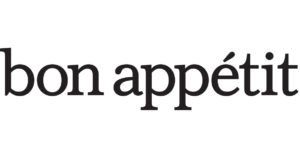 Before I became a professional chef, I had tons of time to read magazines every month. I had subscriptions to like four magazines; I can’t believe I had so much free time. Anyway, I saved years’ worth of magazines and sorted them by month, so that I could go back and find seasonal recipes. If you are always looking for new recipes to try, I highly recommend getting a subscription to one of these magazines: Food & Wine, Bon Appetit, or Vegetarian Times. It’s also a good way to keep up on recent food news and trends. 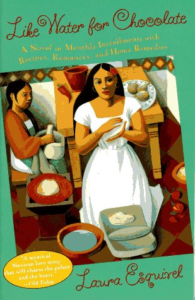 Like Water for Chocolate is a romance novel that technically has recipes in it, which I read after watching the movie. While I was in culinary school, I read this back-to-back with watching the movie Chocolat, and I became obsessed with finding the most amazing chocolate. I had to settle for Lindor truffles at the time, but a few years later, I found a place in Boston called Taza that makes Mexican style hot chocolate. Success!

I think I use MarthaStewart.com more since I became a professional chef. Whenever I need to make something on the fly that requires a recipe (usually for pastry) that I don’t have, I use my phone and look it up on this site. Her recipes are reliable and easy (except for the one for creme anglaise, which is wrong). My chef prefers to use Alton Brown, but I hate the Food Network mobile site.

I have a few books that I just look at for the pretty pictures, like Eleven Madison Park and Alinea. I don’t have the time or the access to the equipment necessary to make anything in this book. But it’s fun to dream.