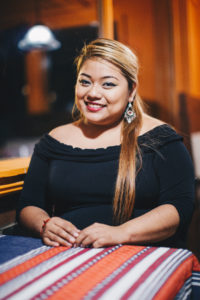 I was devastated to hear that Valle of Mexico II had permanently closed — and even more devastated when I saw it confirmed online. But like a phoenix from the ash, Mexico City has risen from the former Valle of Mexico II. Elder Martinez, a brave, spunky, and fiercely independent woman, has come to Buffalo to finish what her father started back in 2014. If you’re like me, you could not imagine a Buffalo without a plethora of Mexican restaurants like we have here today, but Buffalo was not always bursting at the seams with multiple restaurants of every ethnicity as it is now.

When Hector Martinez, and his son, Hector Jr., opened Valle of Mexico back in the spring of 2014, they were met with a lot of skepticism from the locals in town. “They said, ‘In Buffalo, no one would eat that.’ So many people told my father, ‘You’re not going to get any customers,’” Elder said. Hector received such negativity from the locals, who just did not believe that a tiny Mexican restaurant in a corner of South Buffalo would get any patrons. Boy were they wrong.

Valle of Mexico had a slightly bumpy start. Nether Hector nor Hector Jr. had any experience in running a restaurant, but they both had a love for cooking and excelled at it. They jumped in headfirst, knowing they had a dream they wanted to come to life, and confident that the food they cooked would pave the way. The food always remained stellar, but other aspects of the restaurant business proved to be a learning experience. 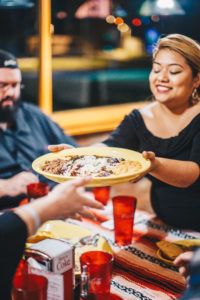 Valle of Mexico had opened in South Buffalo, my neighborhood, and I was very happy to have an alternative to the local Irish pubs which seemed to be my only dining options. I was over the moon for their food. They served the most authentic Mexican food I had in this city, and at that point I had tried almost every option available to me. The flavors were incredibly complex, the freshness was palpable, and the variety was astounding. They had everything from seafood to sandwiches, mole to guac. They did have one flaw, and that was the service.

The food was absolutely divine, but sometimes you’d wait for 45 minutes for a burrito, while all the other diners had been served in the restaurant. It was a flaw I was happy to deal with, because the food was that good. I was so enthralled with their food, I recall once when I ate there twice — not just in one week (that was not uncommon) but in one DAY. I had gone there for a burrito for lunch, and then again for their steak platter for dinner. I was basically addicted. The food they were cooking was a revelation. 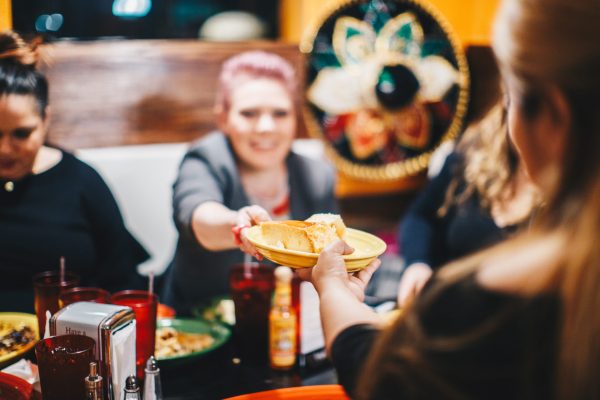 Elder is accomplished beyond what her years would suggest. At 20, she had already earned her bachelor’s degree in management — she had a diploma before she could get a drink in a bar. This was due, not only to her hard work, and taking more classes than she needed to each semester, but also to her go-get-it attitude she had even back in high school.

“In high school I was a nerd, so I took a lot of AP courses. All those credits got transferred to college, so at 20 I graduated,” she said. She had supported herself through school, working in restaurants the whole time and slowly working up the ladder. At the end of her academic career she had become assistant to the general manager of a French restaurant in NYC, where she learned plenty of on-the-job skills. Skills that she could then take to her family’s new restaurant.

She saw that her family’s business was doing great review-wise when it came to the food, but noticed the same thing reviewers on Yelp criticized, which was the not-so-stellar service. “I saw it was doing so good, but then I saw people were talking about the service. I kind of felt bad. So then I was like, let me go help them.”  That’s when, in the fall of 2014, she packed up and shuffled off to Buffalo to help work out the kinks and get the service side of the restaurant to match the quality of the food.

This was when I first met Elder, when she was managing the front of the restaurant. In fact, I was there so frequently, I learned everyone’s name and had a great relationship with the whole family. I was so sad when, after a brief 6 months, the now-married Elder moved back to NYC with her husband, after helping get the restaurant on its feet. The brief stint here helped fill in the gaps in her knowledge, from helping to manage a restaurant, to basically managing an entire restaurant solo. She took this experience back to New York and secured another management job. 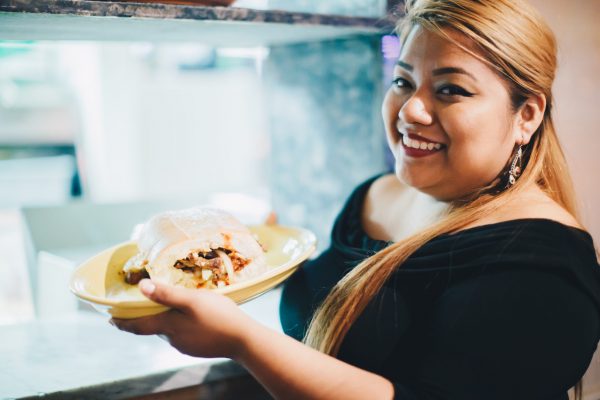 After a while of working in the restaurant business, managing first a Mexican restaurant and then an American restaurant, Elder was a bit burned out from the long hours and brutal nature of the business. She decided she needed a break from the food scene. “At that point I was like, ‘No, I’m not going to work in a restaurant again unless it’s my own.’ When they say words are powerful they mean it, because what you say sometimes does come true. It’s good to say positive things, because positive things do follow you.

Fast forward a few years, and the restaurant had now relocated to Hamburg. Elder’s father was getting a little worn out from running a restaurant and everything it entailed. “I called him for his birthday, and he was like, ‘Thank you for calling,’ and then, I don’t know how it came about, but he was like, ‘Would you like to take over the restaurant?’” Elder was shocked and taken aback. But deep down she knew she wanted to jump at this opportunity. “I said let me think about it; so I called my mom and asked her what she thought. She said, ‘Yeah, go for it!’ So I said, ‘Okay!’ I don’t know how he knew I was ready, but I was. I was scared but I was also around a circle of friends who were all positive; they said things like, ‘I believe in you more than you believe in yourself’.  Then I came here and was like, is this actually happening? I thought, ‘I have to believe in myself and I have to do it.’” 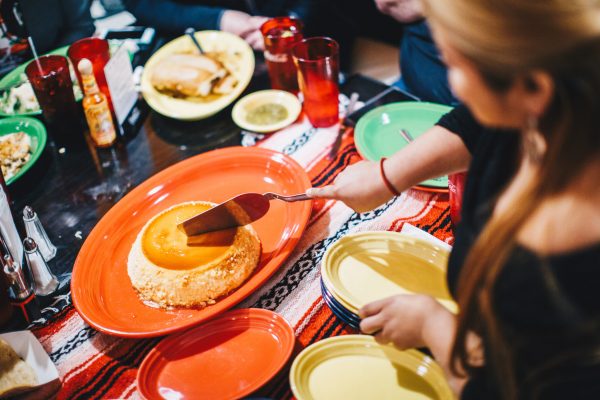 She came up this fall, and hit the ground running. “I got my official incorporation on September 11, and I opened a month later, on October 11.” The name was the first thing she had to figure out — what to call it. Mexico City is the place where she spent most of her vacations growing up, where she learned Spanish, and where she lived with her grandmother when she went to kindergarten. Mexico City is also the place where her parents met. It’s very special, both from a sentimental aspect as well as a culinary one. “That was my favorite place to go. [And] I think their street food… is very powerful.” She recalls eating crickets from a street vendor, a popular and nutritious food there. She wanted to add it to the menu, and on the day I went, they had just added it — covered with lime and guacamole. Crunchy, full of iron, and as true to the name of the restaurant as you can get.

Next came all the red tape of starting a business. People downtown were shocked to see a young 24-year-old woman filing papers to start her own business. They were aghast — both by her stature, age, and yes, gender. “It was hard because I didn’t know there were all these fees and licenses. People have to say yes even to put up a sign, you have to be approved for the size and the height. It was intimidating, but I thought, no, I’ve gone this far, I can’t back down now. I also wanted to be an example for anyone that you don’t have to be a certain age or be a man.” 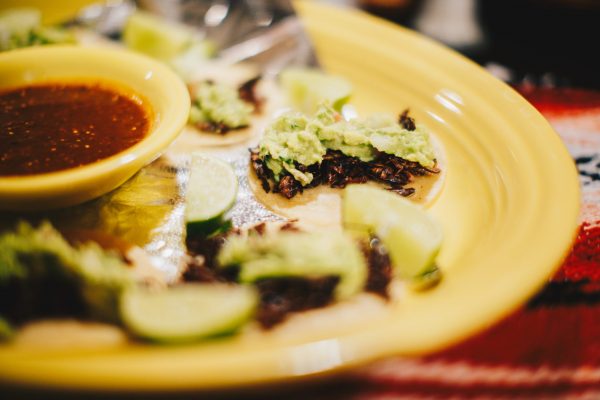 The next biggest job was sorting out the menu, what to keep and what to get rid of. It’s been pared down considerably compared to what it was under her father’s tenure, so that it is more manageable but still authentic and with the variety that you would expect. She’s even added some more modern twists — a Mexican-style poutine of smothered fries, for example. You can still enjoy your old favorites like their incredibly complex and simmered-for-days mole (the best in the city if I do say so) and their homemade guacamole, but now you can also grab those utterly unique cricket tacos. Every day there is a new special that she and her brother have created. When we spoke during our interview, she described to me something she was craving that day — a three-pork torta (sandwich) that she used to get back in Mexico City, that she asked her brother to make for her. It had ham, Mexican salchicha, and then the customer would pick a third one, like carnitas or al pastor. “I said we should have that as a special today — and we did. It was so popular! It did so well, everyone that came in today [got one]. It had so much flavor.” Hers was smothered in fresh-cut jalapenos, since she likes her food on the hot side. In addition to tweaking the menu, she is coming up with a separate lunch menu, and is thinking about utilizing the drive-thru that is still in the restaurant from when it was a former Manhattan Bagel. She is also offering catering for parties, business lunches, and special events — the sky’s the limit with Elder. 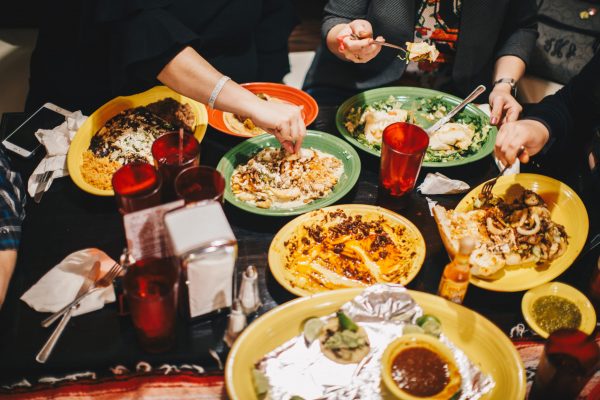 The restaurant even got a slight facelift. Now if you visit, everything is more streamlined, with large flatscreens displaying the menu in an easy-to-read format above the counter, and gone are the distracting TVs playing multiple different shows in the dining room while you eat. Now the focus is on your dining companions and the food before you.

Next up on the list is the liquor license. Elder wanted to wait until she had her license to open, but she also could not wait to get started, so the place opened before that was done. “I wanted to do a liquor license but I underestimated my expenses for inventory.” Instead, being the savvy businesswoman she is and always open to new ideas, she decided to start a GoFundMe to help raise money for the high costs of getting a liquor license. Her incentives are pretty stellar. Depending on your donation, you will receive dinner for one, two, five, and up to a catered party for 25-50 people. Check it out here.

I am beyond thrilled that Elder has come back to Buffalo. Her young blood and modern take on the restaurant is already proving to be a big step in the right direction for what was already the best Mexican food in the city. With her at the helm, I am positive that Mexico City will do incredibly well. It already has the most important part down — serving the best Mexican food in the greater Buffalo area.