Today’s #Smashtalks is going to be a little different, as in, I’m not writing to one person’s query. Lately, a lot more people have been asking me in person and online about getting tested, mostly because of a (now falsified) article that named Buffalo as the “most dangerous city for online dating.” Not only was the data incorrect, but it was coupled with stats on crime rate, making it appear that Buffalo is rife with disease and crime and general grossness.

I’m not going to go into all the problems with the study, as research methods are really only exciting to researchers, but needless to say it got people Shook. While I’m not keen on throwing bullshit stats around willy-nilly, I am pumped that people are talking about their health and considering being a bit more proactive about it. So yeah. Let’s talk about getting tested.

But first a lil’ flashback to 7th grade health class. I pinky-promise that this will not be nearly as awkward of a chat now as it was then, mostly because I’m not your gym teacher. Here’s the SUPER BRIEF highlight reel of STIs. 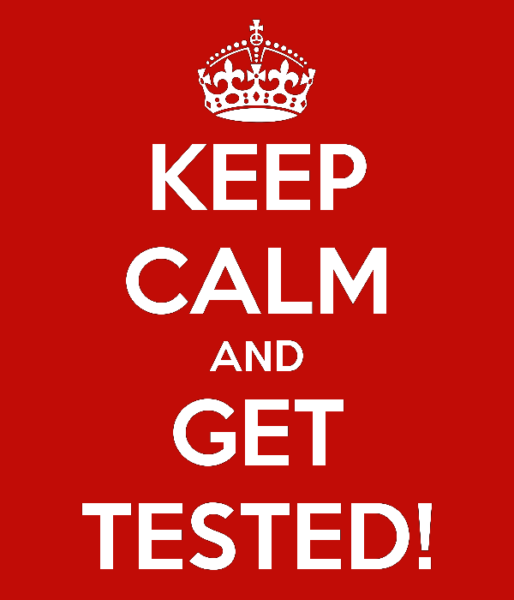 There are two classes of Sexually Transmitted Infections (STIs—it used to be STD, but that’s fallen out of fashion. Keep up with the times!): bacterial and viral. The bacterial mamma jammas, Chlamydia, Gonorrhea, Trichomaniasis, Chancroid, Syphilis, are treatable with antibiotics. Take your meds, abstain from sex, wash your toys, and you should be ready to roll in a few weeks. There is one antibiotic-resistant strain of Gonorrhea that you super do not want to fuxx with.

The viral ones — Herpes, Hepatitis, HIV, and HPV — and all treatable but not curable. Herpes is the only one of them that is never really life-threatening, although it can make a person more susceptible to getting additional “bugs.” HPV can be super benign, or it can cause warts and sometimes cancer. Hepatitis and HIV are deadly if they’re not caught and treated early. The good news is that with treatment, they are far from a death sentence. People with Hepatits and HIV can now live normal, fulfilling, healthy lives. Thanks, science!

You can find information on all of the individual STIs here. 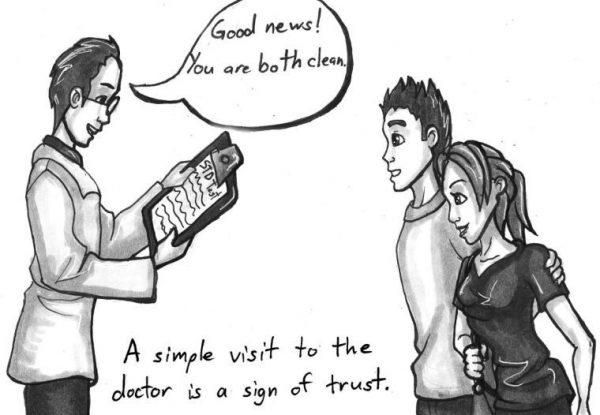 Here’s the thing, though. The most common symptom for all of the STIs is no symptoms. So, just because your nether regions aren’t feeling like they’re about to burst into flames, doesn’t mean that everything is okay. STIs have the potential to wreak havoc on a body’s overall health, despite no outward appearance. This is why it’s important to get tested.

If you have a doc you see on the regular, they can arrange for a quick blood test. The tests are sent out to a lab, and you’ll get your results within a week or two. If you don’t have a primary care physician, the beautiful people at Evergreen Health Center have open testing hours and can help with treatment. No one is denied STI treatment. Planned Parenthood is also a super helpful place, with people there ready and willing to answer your questions and get you tested. Medicaid and many insurances cover STI testing and treatment. If you don’t have insurance, give one of these agencies a call and ask them about testing and treatment costs. There are resources out there for everybody.

One last note, if you end up getting a positive result Keep Calm. It’s not the end of the world. A positive test result does not make you unlovable or dirty. It happens to half (HALF!!!) of the population before the age of 25. It’s normal to have a lot of different feelings about it and that’s okay! Talk to your doctor about your treatment options, follow their directions, and keep an eye on your health. It’s really important to let your recent sexual partner(s) know what’s up to avoid more people catching stuff. If having that face-to-face convo makes you want to throw up all over yourself, you can let them know anonymously here. Remember, barrier methods like condoms are a really good way to prevent infection in the first place.

Stay safe out there!