I just broke up with my long-term boyfriend (like, several years). To make an awful situation worse, he keeps wanting to talk about it and it feels like I have to re-break up with him over and over and over again. He acts like he can’t do basic tasks or function at all without me and tells me that he cries himself to sleep. I feel really guilty for hurting him, but I’m not happy at all and don’t want to be with him. I just want to move on but he won’t let me. What can I do?

Ughhhh Breakup City is the worst ever. Sometimes both partners can see it coming and split amicably, process their grief, and work towards a better platonic relationship in the future. These breakups are freaking unicorns and generally not the standard operating procedure.

Usually, breakups involve a lot of tears, arguments, and gnashing of teeth. At the heart of a breakup, is rejection and pain. The dumpee has their own grieving process to go through, and their feelings towards you are about to ricochet all over the place. Many an ex will feel the need to communicate these complicated feelings to you, which re-complicates YOUR feelings. Basically, it’s all a giant mess. 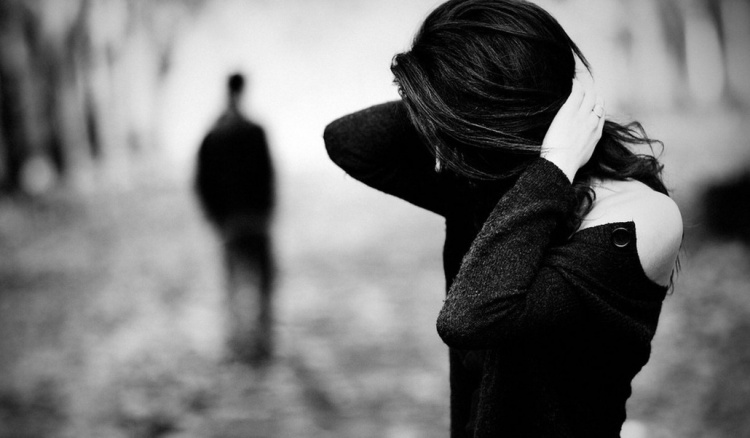 It sounds like he’s still feeling a lot of shock, anger, and hurt all swirled together. At this point, he’s likely to pull out promises of “things will be different,” which he may very well believe, but in fairness cannot actually be realized. Change is a snail-paced process. You are more likely to win the Powerball than to meet a person who can change so radically (and permanently) and mend all of the flaws of the relationship (if you do meet them, they are probably a sociopath or maybe an alien trying to blend into the human race, intent on world domination). I mean, they might be able to play at it for a week or two, one month tops. But after that, the same deal breakers are going to be there, unless they actively start working on the relationship.

The “please come back to me” phase of a breakup is emotionally taxing for everyone—you, him, and your friends and family. You may be tempted to go back just to “make sure” or to “stick it out.” The big question is, do you want a marriage of convenience? You care about him and he is super comfortable and you’ve been together 5ever. But just because you’ve spent a long time being unhappy doesn’t mean that you need to commit to it. While they’re hard to find, I have to believe that there is someone out there that has the capacity to make each and every one of us excited to be with them. Yes, relationships are work, but they are not an obligation and they should not be a source of misery. You don’t need to sit around and play house with someone you feel lukewarm (at best) about.

So, in the meantime, it’s going to be important to set some ground rules. Try to explain to him that these repeated conversations are not healthy. Seeing each other is going to be suuuuuper painful for a hot minute, so it’s best to avoid that. It might be helpful to set a date in like, a month, where you can meet (preferably in a public area) and have a level conversation. Until then, no texts, no facebook stalking. Cut yourself off. Figure out what you need to before The Silence. Make sure he understands that you want no communication, otherwise you’re just ghosting.

During this time, don’t check in to see how he’s doing, at least not directly. Ask a trusted mutual friend if you absolutely have to. Don’t send a cryptic “hey” one night after too much wine. That has the potential to undo alllll the progress either of you have made. Again, avoid checking up on him in general. You may not like what you find, especially if he rebounds with someone really quickly. Spare everyone further heartache.

It’s natural to feel guilty about hurting him and to feel really devastated yourself. You did a hard thing. He was a big part of your life for a long time, but in the end it didn’t work out. This doesn’t make you a failure or mean that you will never find real, lasting love. Make sure you take care of yourself right now. Being single opens up a lot of time and emotional space to re-center yourself and figure out who you are alone. The aloneness is scary, but a lot of the best things in life start out kinda scary.

Give the situation space and time. Let him and yourself heal.