The 25-year old musician/performer attributes the illusion of her as an extroverted performer to tunnel vision: “I just do whatever I have to do. Remember to breathe and not throw up on anybody.”

I first saw Frazier perform at the Mallwalkers’ album release party at Sugar City this past October. She never stopped moving; if you blinked you’d miss something. You could only keep up with her by focusing on the purple-haired wig she was donning that night. Her movements were unpredictable and noncontinuous and this is exactly how she speaks.

It’s impossible to tell if it’s the caffeinated libations that cause non-linear narratives to spill out one after another or if it’s genetic. She says that growing up, several of her sisters were on Adderall and she was the only one left bouncing around.

Whatever the reason, Frazier, who was born in Birmingham, Alabama, and raised in small town southern Alabama and subsequently Pensacola, Florida, puts that slow Southern drawl stereotype to bed.  This is even more heard through her work as Hop Hop, a project she shares with Brandon Schlia, the founder of local indie label Steak and Cake Records and her musical soulmate.

Frazier is unsure about the percentage split between her and Schlia on the project but is clear on one thing: “I am Hop Hop.”

Soulmate or no soulmate, Frazier states working with other musicians can also be difficult since verbalizing isn’t her strong suit and if there’s a musical language she speaks, it’s nameless. In her formative years, Frazier couldn’t read music or tabs. Guided by her aural senses, she held her ear up to the neck of her amp-less bass to feel the vibrations.

“Everything is by sound. I’ll just feel around until it feels good…It makes it kind of difficult to work with other people because I sort of lack a structured language.” But, the benefit to this nameless approach is, “When it’s right, I feel it.”

Though her narratives are non-linear and her musical language is nameless, there is clarity in the sense of herself as a creator.  She is upfront when admitting that she is difficult to work with and that she struggles to keep her id caged because “I don’t like when people take the reigns of my shit.” She highlights the necessity for a finalized track to imbue Hop Hop’s sound, a sound she describes as hip hop, of course, but also as real as possible and ultimately music that radiates her touch and emanates her ownership.

Ownership is a pertinent aspect of Hop Hop. Frazier notes that one of her favorite tracks from the “Play All Day” album is “Typical Girl,” which gives a shrug and a side eye to the daily expectations of how to properly be a woman as she rhymes:

At work, dude tosses me the fashion section of the NYT

As if the politics section wouldn’t interest me.

Like being a purse-lover is all I should be.

Girls staring at me weird when I go to pee

if I use the men’s restroom when it’s empty. 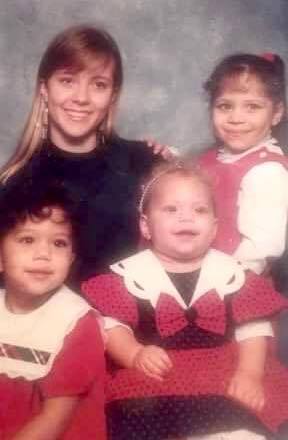 When asked if she has experienced misogyny in the Buffalo music scene, Frazier throws a matching shrug, but the kind that most women give when the dailies roll right off their shoulders. “Oh yeah, with sound guys…” However, in terms of diversity in the scene she has more than shrug to give.

Growing up in the south under the guidance of her white mother, Frazier is of mixed-race, and was told by her mother to misidentify: “Honestly, even when it came to like, bubbling in SAT demographic bubbles.” While growing up in small town southern Alabama, Frazier found herself with questions of identity. “I moved to a mostly white town. It became really hard to explore who I am, who I really am, because I was just constantly surrounded by white people. And, sometimes I would look at myself in the mirror and think, ‘Oh, wait.’”

“When it comes back to the scene, I’m bringing all of those complicated things from when I was a kid and forgetting who I am until I look in the mirror…I’m looking around at the show and thinking, ‘There are all kinds of people here.’ And by all kinds of people, I mean, there are girls here and there are guys here and there’s like a gay person over there. We’re all living in harmony. And then, I look in the mirror and I’m like, ‘Oh wait, I’m the only person of color here.’ So, I realize again that I’ve immersed myself in a scene that is primarily white, which is fine but, where is the balance?”

This was how she wound up seeking different music scenes in the first place and that led her to hip hop. She was delighted by the visibility of herself and found comfort in not being the only POC in the room. Ultimately she went in search of new intersections while not compromising who she is but embracing all that she can be. “You can listen to whatever you want. You can be all of the things at the same time because people are really complex.”

Her new album, tentatively titled “Mondo’s Collection” and due out in spring, promises to exude all of that.