My last serious relationship ended about a year ago. We weren’t right for each other, so it needed to happen, but it still hurt. Recently, I found out that my ex is dating someone else and knowing this has opened up all the pain again. I hate to admit that I think about this way too much and have even facebook stalked them both a few times. I don’t know why I care about this anymore. Why am I like this?

As I’ve written about several times, breakups are the frickin’ worst. A lot of the times, people can cognitively feel like they’re totally over it, but running into what’s-their-name at Wegmans ends up shooting the whole day to hell. It’s normal to have some residual feelings about an ex, especially if you were together for a long time. But like any painful batch of emotions, it’s real important to deal with them on your own time instead of sitting around and obsessing. That shit ain’t fun for anyone. 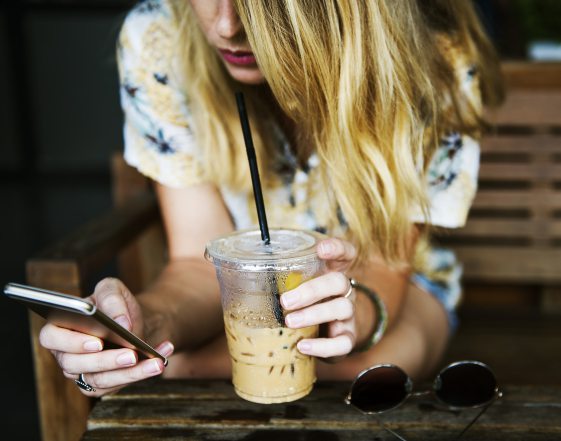 You’re first step here is to chiggity check yo’self before you wreck yo’self. If you find yourself creeping around on their social media or wondering if you should slide into those DMs, it’s best to just go ahead and block them. Delete your access to communication with them so you don’t end up drunk-dialing and screaming at them out of the blue at 3 AM. That’s not a good look for anyone.

If you’re feeling obsessive, it’s a good idea to talk that out with a friend or therapist. Just letting a friend know, “Hey, I found out ______ moved on and it’s making me feel some type of way,” can open the door for them to be like, “But remember when they did this shitty thing?” and you can stop ruminating. In that same vein, don’t be the friend that can only talk about their exes. Your friends will lose their patience for that ish real quick. Just writing down your thoughts and feelings helps to externalize them, so you can drop the baggage.

I’m just spitballin’ here, but I get the sense that some of your internal nonsense is rooted in insecurity. After all, if you felt like this new bae was a total downgrade, you would just show your girls and giggle about it. But that’s not happening here. If you’re sitting there dissecting homegirl from a distance wondering if she’s prettier/cooler/more whatever than you, it’s time to get to work on yourself. Step up your self-confidence so that you don’t need to carry around this emotional trash anymore. It might be helpful to do some emotional detoxifying, where you take yourself off the dating scene for a minute and really get down to the nitty gritty on what you’re working with. Allow yourself space to fully grieve the loss of the relationship, but then put a lid on that pain or it will drive the bus. 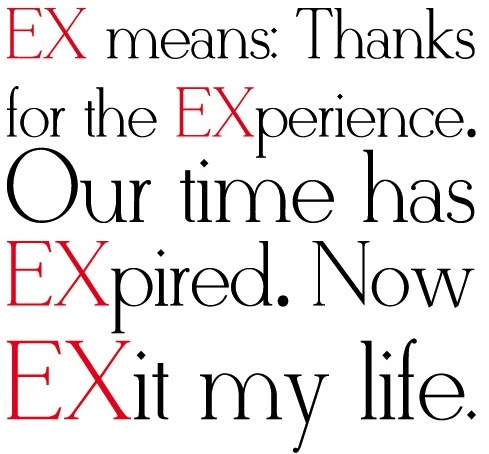 More than anything, it’s important to remember that this new relationship is not about you, as we’re only the main character in our own stories at best. If you’re letting an ex dictate how you live and react in this world, you’re giving them way more power than they deserve. You also have less emotional space left for somebody that’s a legit dreamboat to come along and rock your world.

Not to get all Elsa about it, but it’s time to let it go.