After years of dating and failed relationships, I’ve been able to narrow down what is potentially my greatest flaw: jealousy. Every romantic relationship that I’ve had has been fine until I screw it up by becoming jealous of their friends, coworkers, and acquaintances. I’m not sure why this happens to me and I try my best to stop it. Still, though, there’s a little voice that always tells me that they’re cheating on me and that I will be left looking foolish. I’ve gone through guys’ phones and even driven by their houses to make sure that nothing was happening. Of course, I ended up looking crazy the couple of times they caught me doing this. Now I’m finally in a relationship again and I’m really trying hard not to screw it up. It’s relatively new, but I keep catching myself looking over their shoulder when they text and cringing when they bring up female coworkers at work. I don’t want to be like this anymore! What can I do?

Jealousy is one of the least fun emotions on the spectrum of emotion that we experience. At its core is the fear of abandonment and of losing something cared for deeply. While feeling jealous is not always fun, it can actually be productive and healthy when it’s dealt with head on.

Jealousy has a biological impetus: it encourages mate guarding and protecting behaviors. Picture this: you’re a cave lady with a couple of cave-babies and a hot cave-dude. When some other cave-wench would come over to talk to cave-baby-daddy, that would be our cue to step up and remind cave-baby-daddy why they made cave-babies with us in the first place and to tell cave-wench to get to steppin’. The jealousy might be demonstrated by looking extra cave-sexy, or by physically placing yourself between the two of them. Such activities were meant to deter him from running off with cave-wench and leaving you high and dry with these cave-brats.

I think I just typed the word “cave” more in that paragraph than I have in the entirety of my life, but I digress.

Jealousy still holds this function of protection. Psychology Today helpfully outlined several different studies and theories surrounding jealousy that can put some of this into perspective. But just because people have been jealous AF since the dawn of time, doesn’t mean that it’s always helpful. In fact, as you’ve noticed, jealousy can become a serious wedge between people if it’s not dealt with in a productive fashion.

If pangs of jealousy encourage you to better yourself, then that’s productive. Likewise, if it encourages you to be more attentive and kind to your partner, that’s also a good thing. Hacking into phones and low-key stalking behaviors are disruptive to everyone’s lives and mental health.

In your case, it seems important to tease out when this began. Where did you learn that the people you love cannot be trusted? Is it only men that you are romantically involved with, or do you get this way around friends and family as well? If an early boyfriend cheated on you or you grew up in a home that was fraught with betrayal, you may associate emotional and physical intimacy as a threat. This can be a deep-seated thought pattern, but it is possible to unlearn it. 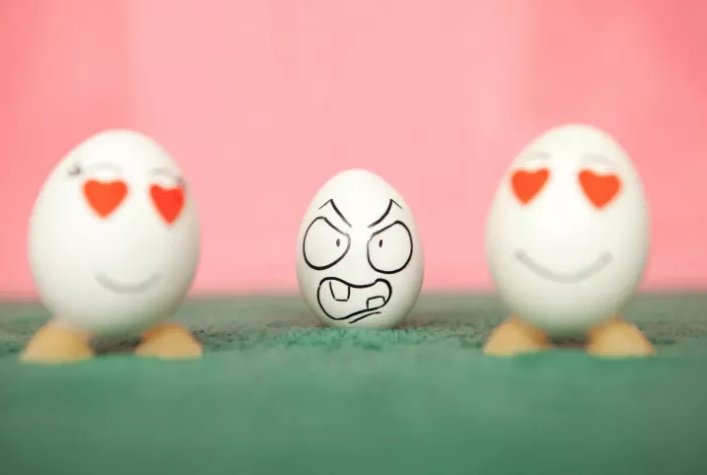 Focus on when you feel jealous. When you’re starting to think, “Well, maybe they’re more into so-and-so than me,” remind yourself that you’re the person they’ve committed themselves to. Furthermore, they’re not going to be able to be around you 24/7—nor should they be. If you allow a bit of distance between yourself and your partner, they have the opportunity to miss you. If they’re sick of responding to “where tf are you???” every 10 seconds, they’re not exactly going to be jazzed to see you. If you chill for a bit and let them be, chances are they’ll return to you far more attentive than before. I know this will be super uncomfortable to try at first, but just experiment with it—if you give them space, see how they react to you.

I am curious about how your self-esteem is. Do you see yourself as a person that is deserving of love and respect? Your actions and feelings suggest that you have trouble accepting love. What would it be like if you made a point to do something better about yourself when you felt jealous? Like, you read a book or worked on a project. At the end of that, you would have something far more interesting to show for it and maybe it would lessen the feeling of inadequacy. Self-esteem is one of those things that seems far easier to tear down than to build up, so it’s important to keep at it.

Keep working on you, girl. Jealousy will always exist in some form. It does for everyone. It’s what you do with it that matters.