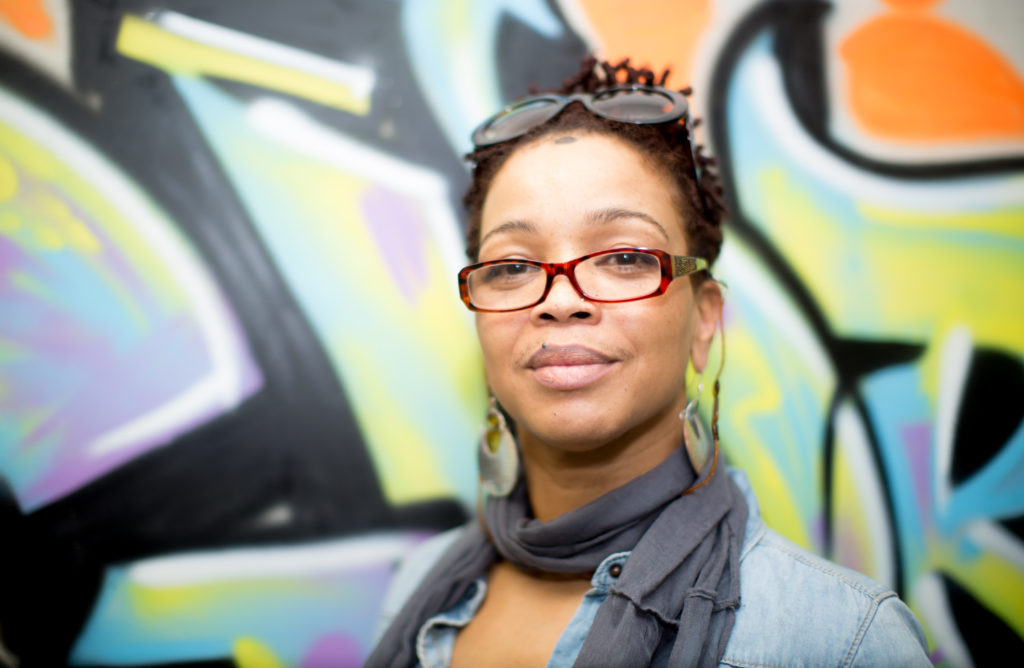 I met Dayatra Hassan at Amy’s Place on Main St. over a late breakfast. Being the epitome of funk that she is, she has loud red hair, but a quiet, soothing voice. A mother of three and a published poet, Dayatra always has a lot going on. She’s a vocal activist, particularly around issues surrounding race, class, and women. Her current project is particularly rad: Food For Thought, which is run out of the Gloria J. Parks Community Center, where she empowers girls to learn life skills and follow their interests.

The Gloria J. Parks Community Center is run through the University District Community Development Association (UDCDA), which is also home to Kensington-Bailey Housing Services. At Gloria J. Parks, there are a number of youth, teen, and senior programs available, Food For Thought included. The center hosts GED classes and communal space for myriad activities. The UDCDA also spearheads housing initiatives and is currently working on diminishing urban blight in the Bailey neighborhood. It’s real grassroots community-based programming geared at bettering the people and families of the neighborhood. 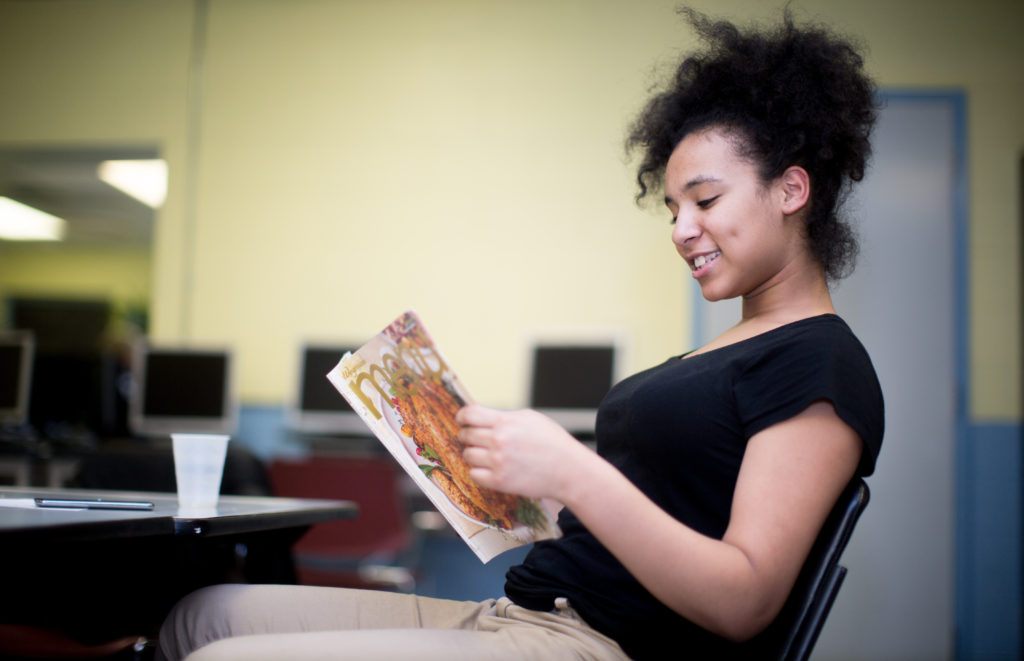 Over coffee, Dayatra tells me about her involvement. At Gloria J. Parks, they realized that they had a serious lack of programming open to young girls in the neighborhood, whereas boys had a number of sports teams and opportunities available to them. Food For Thought was piloted as a summer program, but the lady spearheading it up and quit. Dayatra, who had been working on the senior program, picked it up and has been developing it ever since.

…the beauty is that so many women say, ‘Of course!’

The beauty of Food For Thought is that it is driven by the girls who want to be a part of it. Participants are aged 12-18 who show up between 3-6PM on Tuesdays and Thursdays. Food For Thought is based on principles of empowerment and building self-esteem. It’s non-traditional education, where they learn how to prepare food and make healthy choices, but are also exposed to community leaders in the area. Dayatra is continually seeking out good role models to come in and share their talents: “I’ve brought in urban gardeners, artists, poets, hairdressers, dance teachers, Sheila Brown from 1080 AM [the longest running black-run radio station in the country] to come in and inspire them.” She’s even brought in self-defense classes. She’s currently on the lookout for lawyers and teachers.

Dayatra will take the girls to colleges and let them see if they want to be a part of that world. She never turns away a girl. There’s a short registration form and a permission slip, but there is absolutely no cost to the program. The goal is to expand their worldview and to let them figure out what their interests are. “I was never able to talk to an adult woman and say, ‘Hey, what do you do? What’s your job?’” she says. She’s been inspired by the amount of women who are willing to be a part of her vision: “When I asked women to come talk to the girls, the beauty is that so many women say, ‘Of course!’ There’s a real ‘Pussies Unite!’ vibe going on.” 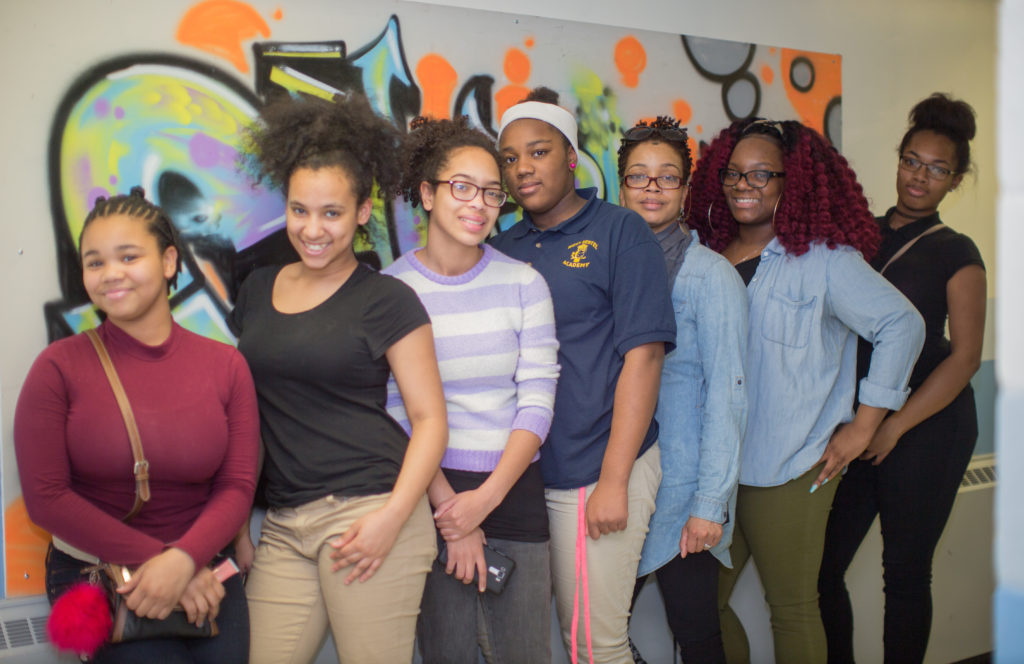 Food For Thought also ensures the safety of its participants. They make sure the girls get home safely by offering transportation. The goal is to teach them safety skills and to look out for one another, skills that are imperative.

Facilitating Food For Thought has brought out the best in Dayatra as well. Seeing the girls encourage one another and being supported by other women has boosted her confidence and now you can see her jamming around town on her flute. She says, “You know how when you see someone sing and then a person criticizes them, so you never get up and sing? I’m not about that anymore. It’s more important to sing and make that record without fear and have someone say, ‘That touched me, she told my story.’”

If you are interested in presenting to the young women in the Food For Thought program, contact Dayatra Hassan at [email protected].

All photos by Alana A. Fajemisin