At this point in their artistic relationship, Beth and Vienna are finishing each other’s sentences. “Vienna and I are a great team because Vienna is so good at doing the….” Beth Geyer, artistic director of Unique Theatre Company, defers. “…Business side, and she’s the creative side, so we’re polar opposites, but we have the exact same mission and vision,” Vienna Haak, executive producer, picks up.

It was a little over three years ago, on October 24, 2013, to be precise, that the idea for Unique was born. “It was totally Beth’s idea, and it was a result of Parent Network’s production of Always October,” Vienna said.

“When the show ended, we left the audience thirsty for more. We only had three or four shows, and it was only one weekend. We had a packed house every single night, at the Alleyway. The Parent Network and People Inc were literally breathing down Beth’s neck saying, ‘What’s next? What do we expect tomorrow from you?’,” Vienna said. “She knew — hook, line, and sinker, emotionally — that she didn’t want it to end, either.”

After the production wrapped, Beth approached the cast and crew with a proposition. “I don’t know where I’m going, but I’m taking this in another direction. Who’s with me?” Vienna recalls.

“We started our own theater. We wanted it to be separate from any agency so that we didn’t have to answer artistically. We wanted free artistic license,” Beth said.

Unique provides a space where people of all ages and ability can be creative – in writing, stage management, acting, and they’re even in the nascent stages of experimenting with co-directing. “We wanted to provide a space where folks with disabilities could come to the table with their creativity,” Vienna said.

The company involves a large swath of people in its operations, beyond just writing and acting. In the past, they’ve used volunteers to manage the physical space of the theater (running elevators) to helping with behind-the-scenes mechanisms (make-up, props). Unique is also an equal opportunity house.

Just as long as you come with the desire to be part of the process.

“We’re in a great position because we do serve people of all abilities, including the world of people with disabilities, so we’ve been able to incorporate other agencies,” Beth said. For instance, they’ve worked with the artists of Starlight Studio to develop props for their productions. “We try to involve the other agencies that deal with people with disabilities, to give them a chance to show their art on stage,” Beth said.

The productions offer an opportunity to the non-disabled population, as well. It’s here they’re able to see firsthand that their preconceived notions about the disabled community have been wrong.

“[People in the abled community] don’t believe that people with disabilities even have a story, or they’re not able to tell it. They’re incredibly able to tell their stories – through writing or through telling me, and I’ll write it down and put it into a play,” Beth said. “For them to see it actually come to life, it’s just an amazing experience for them,” she said.

“They can do everything anybody can do,” she continued. Vienna followed up, saying, “And in some cases, better.” Both women laugh. “Some of our actors only have the script in their hands for 15 minutes and they not only have their own character memorized, they have the whole play memorized, whereas our neurotypical actors are still struggling on opening night,” Vienna said. “It’s fascinating the talent they bring to the table.”

The company is currently working on a play that was developed out of a writing group Beth holds twice a year, through People Inc. She’s able to invite people from all over the region to join these workshops, and they do, she said.

“We invented two characters, and the writing assignment that week was, ‘What if these two people met?’ It was kind of a difficult task, because they lived in different cities. So, each writer came up with a story for how they would make these two characters meet. We chose four of the stories, and those are the stories that you are going to see in December,” Beth said.

It was while casting Always October that Beth and Vienna first met. Vienna recalled the production’s writers in particular: “It was a story written by two of Beth’s clients. The writing from them is incredible. Wanda Wilson and Mary McLoughlin were almost completely non-ambulatory. Literally, with their cheek and a stylus, typing one letter and a time,” she said. “To take it, several years in the making, into a one-hour production on a stage, is just mind-blowing.” 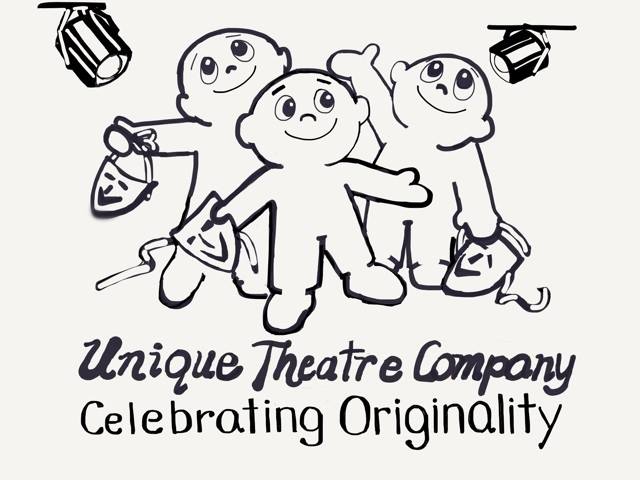 “Sometimes when people are hard to understand, people tend to not listen,” Beth said. “When you’re sitting in a writing group that’s designed especially for people with disabilities, it means I will listen. I will take 20 minutes if I have to for one sentence,” she said. “They appreciate that in so many ways.”

It is the stories and talents of the people in this community that make this venture work. “They are really the core of the message. As far as the non-disabled community is concerned – unless you have some direct experience with people with disabilities – the non-disabled community would look at people like Mary and Wanda and assume that, because of their lack of physical ability, they also lack intelligence,” Vienna said.

“That was what was so amazing about Always October – Beth was able to show that these two women, who otherwise look like they’re ‘empty,’ were full of life,” she said. “I can’t begin to express how magical that was.”

“This is the culmination of marrying my career with my passion,” Beth said.

Back in 2013, after Beth put out the rallying cry to people who wanted to join her in continuing theater work, Vienna immediately stepped up to the plate. “I became addicted right away,” she said. “I actually showed up for the Always October audition, not realizing I was auditioning. I thought I was going to the Parent Network building to volunteer my time for a theater production that involved people with special needs,” she said.

Vienna had spent some time following myriad groups in the region that worked with the disabled community, a mother to a young son with autism. “I run a support group on Grand Island for parents and providers that are involved with adults and children with special needs. Because of my support group, I stalk Western New York social media for information and programs and social events, things like that,” she said.

“I found the Parent Network audition on Facebook, and I thought, ‘What a great chance for me to get involved with some of these larger agencies.’ I thought I was going to set myself up in a volunteer position. I didn’t realize I was going there to audition for a part in the play,” she said, as Beth laughed. “That was my first time meeting Beth.”

At that first audition, there were so few participants that this unsuspecting volunteer got offered two parts – that of an aid to a young man in a wheelchair in act one, and that of a stuffed animal in act two (“Nailed it!,” Vienna boasts cheekily). Now the turnout is so great, they have to hope some people don’t show up. “This year we added some lines in order to give everyone a chance to get on stage,” Beth said.

One perhaps unexpected coup of this collaboration with the theater realm is the audience that’s been brought into the fold. “Because we are working with people with disabilities and their families, we have opened an entire new audience to the theater world in Buffalo,” Beth said. “These families are folks who might go to Shea’s for a big, spectacular show, but to bring them into these little theaters, and see the theater world, it’s really opened up their world,” she said.

Unique not only offers the participants an opportunity to fulfill a creative dream that might have been impossible otherwise, but it also offers families a chance to see their child “do something normal,” Vienna said. “If their child has been saying all her life, ‘Mom, I’ve always wanted to act,’ there was no venue for them to do that…Now parents say, ‘Thank you for doing this. You’re giving my daughter, my son, their dream,’” Beth said.

“And they’ve become different people. Not that we want to change who they are, but the differences, from 2013 to today and their abilities and their capability of opening up… Something as simple as their eye contact, as simple as their social interaction, have improved,” Vienna said. Beth and Vienna have been able to witness definitive progress in their clients through this work in the theater.

The city, too, is a partner in this endeavor. A lifelong Buffalonian, Beth is steadfast in her desire to keep the company in the city proper. A truly shining example of work among people to create a civic tapestry, Unique Theatre Company is a solid component of the region’s performing arts community.

“Buffalo has been very kind to me in the theater world, so I’m very grateful for that, and I’m very proud that I can actually add my own little theater company to it,” Beth said.